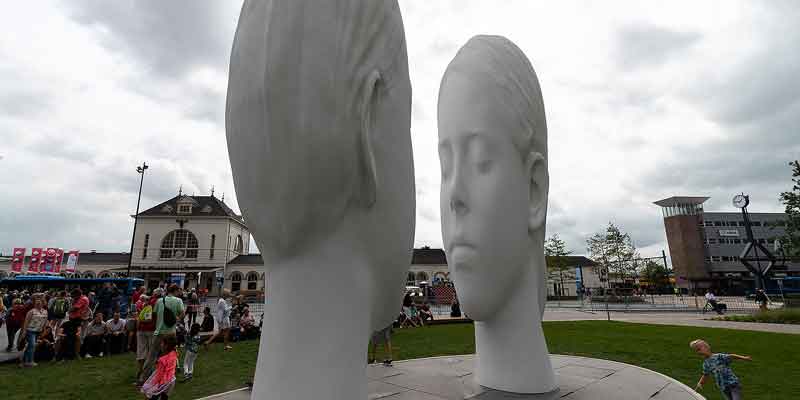 Love. Near the railway station in Leeuwarden

The capital of Friesland

The Netherlands has many cities, from small to large. Leeuwarden, the capital of Friesland, is a pleasant medium sized city. The 2018 Capital of Culture has just under 100,000 inhabitants. What to see and do in Leeuwarden? And is it enough for a nice weekend away? What seems? Leeuwarden is surprisingly fun!

The city center of Leeuwarden

Ljouwert , Frisian for Leeuwarden, has a beautiful old city center. It is a city with more than 100 monuments. You can walk around pleasantly or grab a terrace.

The Frisian Museum and the Fries Resistance Museum are located at square Zaailand. Both are worth a visit. The Frisian Museum is about the Frisians and Friesland. The story of Friesland is told from the sword of freedom fighter Grutte Pier, through the countryside and the relationship with the water, double spy Mata Hari, 'de Overval' a robbery of the resistance during World War II and contemporary artists.

Prinsentuin: The garden of the Prince

The Prinsentuin was commissioned in 1648 by Prince Willem Frederik van Nassau. No public was allowed to come for 150 years, until King Willem I opened the park to everyone. The Prinsentuin in Leeuwarden is a lovely city park where you can relax or attend a concert in the summer (usually Sunday afternoon).

What do visitors say about Leeuwarden Citrytrip?