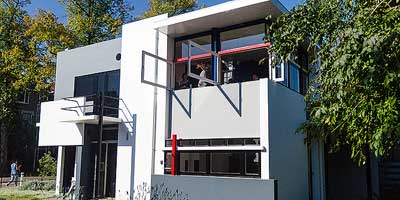 Utrecht - In 1924 architect Gerrit Rietveld designed his first house commissioned by the eccentric Truus Schröder-Schräder. Rietveld designed the exterior, interior and the furniture of the building. Only primary colours, white, grey and black were used, following the principles of the minimalist De Stijl (English: The Style) movement. The Rietveld Schröder house is almost ninety years old but is still surprisingly modern - even today!

A novelty is the multi-functional central living area on the first floor. This room can be divided into different spaces using flexible walls. In the evening the bright living room can be transformed into a bedroom with the couch serving as bed.

In 1924 the building site was situated on the outskirts of Utrecht and looked out over the countrysite. Today the building is located in a lovely neighbourhood, a 20 minute walk from the city center of Utrecht.

Gerrit Rietveld was part of the art movement De Stijl , founded in 1917 (including Piet Mondriaan). Rietveld lived from 1888 to 1946 and lived and worked in Utrecht all his life. 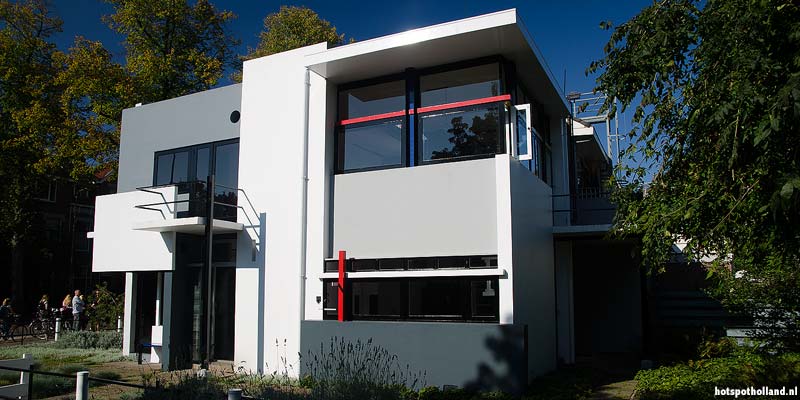