Hiking along the Dutch National Border

Long distance walking at the edge of the Netherlands

Nederland | Placed in Countries and Cultures.

With a border of more than 1000 kilometers and a coastline of almost 500 kilometers, the edge of the Netherlands offers boundless walking pleasure. There is no walking path for border walking (you just follow the border between the Netherlands, Germany and Belgium as closely as possible), but with a bit of creative map reading you get to the most beautiful and strangest places you didn't even know about. What are the best routes?

1.
You have to start somewhere. Our border walking adventure started at the very beginning of the border between Netherlands and Germany at Nieuw Statenzijl, at border post -1 (!). Birdwatching hut De Kiekkaaste offers a beautiful view over the Dollard. Incidentally, there is still a dispute between the Netherlands and Germany about the exact course of the border in the water of the Dollard.

2.
Due to the name of the village, this part of the border should not be missed from our border walking list. Siebengewald sounds German, but the village is really in the Netherlands. Siebengewald is located under Nijmegen, in the far north of Limburg on the border with the Germany.

3.
At Spijk, the Rhine enters our country. However, the river is a significant barrier for border walkers. You have to go a long way in order to continue walking across the river. Spijk

4.
The most complex part of Dutch-Belgium border can be found in the province of Brabant. Thanks to the Belgian enclaves, the border at Baarle Nassau is perhaps the most remarkable part of the border in the Netherlands. 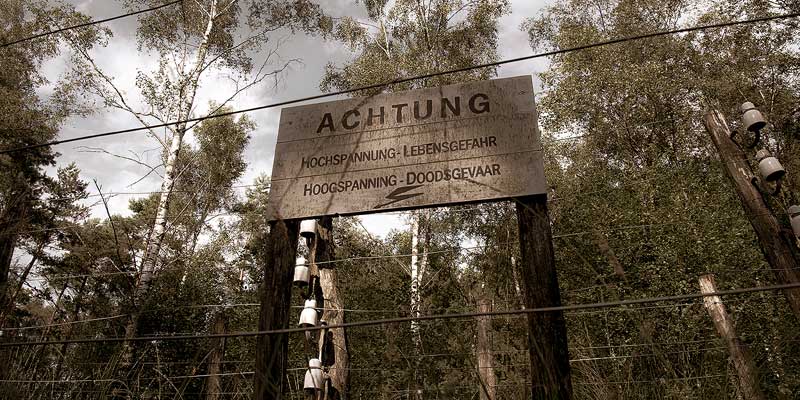 Great war Border in Brabant: The Death Wire at Reusel

5.
Watch out! During the First World War, a deadly power wire ran between the Netherlands and Belgium. Among other things, a reconstruction of this bizarre border fence is located at the town of Reusel on the Belgian border.

6.
The three-country point in the far south of our country was not even that long as a four-country point. Here was the curious little country of Moresnet.

The island in the river Meuse

7.
A small island in the Maas originally belonged to Belgium, but was in fact only accessible via Dutch territory. This attracted an unpleasant audience because it took the Belgian police a lot of time to reach the place. The solution was to adjust the limit. Since then, the place belongs to the Netherlands.

8.
Not a hoax. Jannink's Circles - also known as the Mander Circles - are simply real. A nice piece of border shares on the border with Germany.

9.
During the corona crisis in 2020, the fifties were back in the two-country village of Overslag in Zeeland. It did not matter in the past whether you went shopping in Belgium or the Netherlands, during the corona crisis the rules in Belgium were just a bit stricter than in the Netherlands and the border was closed. But not in Overslag, as before, the products suddenly crossed the border through a back door ... 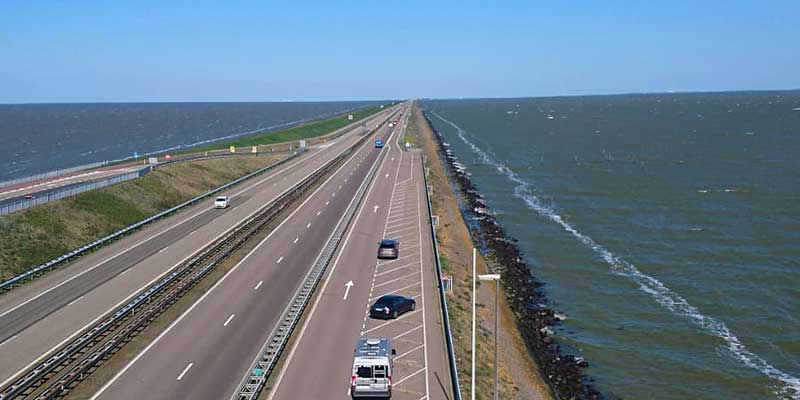 View of the Monument Afsluitdijk (towards Friesland)

10.
The purists among the border walkers may prefer to skip the Afsluitdijk and walk the North Sea coast of our Wadden Islands. Nevertheless, the Afsluitdijk as a victory over the sea is a special walking tour with a view of the Wadden Sea on one side and the A7 and the IJsselmeer on the other. Mandatory but welcome stop is the Monument (a design by Dudok). The last part of the Afsluitdijk was closed here at the time. Also worthwhile: the Casemate Museum at Kornwerderzand and the iconic Lortentz and Stevins locks.

Border pole in the Dollard

What do visitors say about Hiking along the Dutch National Border?