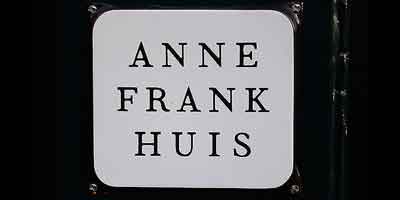 The Anne Frank house at the Prinsen canal in Amsterdam

Amsterdam - Anne Frank was born in 1929 in Frankfurt am Main in Germany. Margot, her sister is 3 years older. Otto and Edith Frank, their parents, are very worried when Hitler and his Nazi-party take over the German government and  decide to move to Amsterdam in 1933. In 1940 Nazi Germany invades The Netherlands and the family is no longer save once more.