Roman times in the Netherlands

Traces of the Roman era

Around the year 58 BC, the Romans came to the Netherlands. At that time mainly Eburones, a Gallic tribe, and Frisians live in what now the Netherlands is. After countless battles and rebellions against the Romans, the Rhine becomes the northern frontier of the Roman Empire. This border is called the limes. The first cities in the Netherlands were founded on the sites of the Roman army posts: Ulpia Noviomagus Batavorum: Nijmegen, Trajectum ad Mosa: Maastricht and Trajectum ad Rhenum: Utrecht. 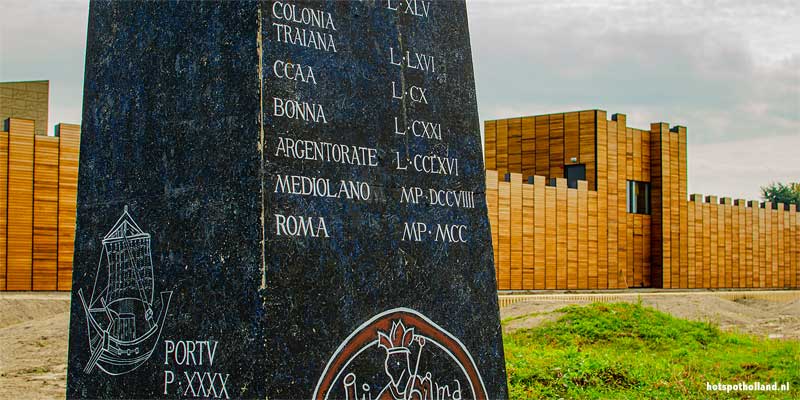 Limes: The northern border of the Roman Empire

Locations: In and around Utrecht and De Meern

The Limes (Latin for border) was a border strip with roads, fortresses, watchtowers, waterworks and civilian settlements. The Rhine was not only used as a boundary line, but also as a transport artery to supply and remove supplies. In and around Utrecht there were no less than three Roman fortresses: Fectio (near Fort Vechten), Trajectum (the current cathedral square in the city center of Utrecht) and the fortress on the Hoge Woerd in De Meern.

The Roman empire extended over a huge area. Soldiers and goods had to move quickly within the empire. Good roads were essential in this. The Romans built an extensive European road network. Remains of this are regularly found. At Swalmen in Limburg you can still walk a part of the Roman road and at Valkenburg in South Holland (between Leiden and Katwijk) you can still see an old cross-section of the road. 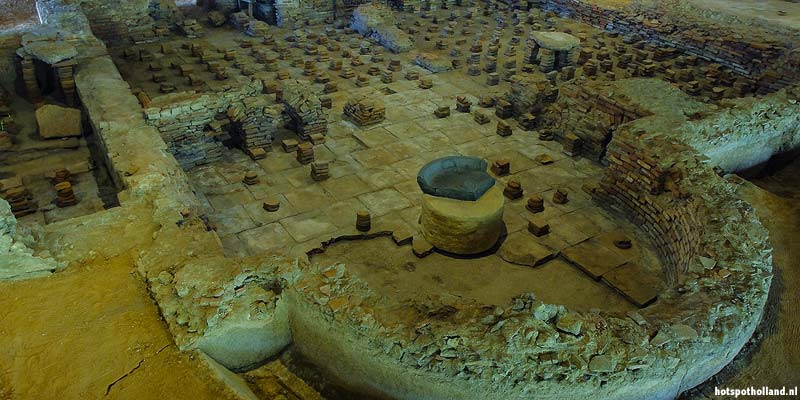 In 1940 an old Roman bathhouse, a Coriovallum, was found during excavations in Heerlen. The bathing complex can be visited and is now part of the Thermenmuseum. Thermenmuseum Heerlen +

In honor of the Celtic or Germanic goddess Nehalennia, after returning from Britannia, German merchants placed votive stones with inscriptions in the Roman temple in Zeeland's Colijnsplaat. In the third century AD. the temple disappeared into the sea, but is now reconstructed on the basis of fished stones. Since 1970, divers and fishermen in the Oosterschelde estuary have found more than 300 inscriptions, statues and other artifacts. All in honor of the goddess Nehalennia, the protector of sailors and travelers.

At first sight, there is little in Valkenburg that reminds us of the Romans, but Praetorium Agrippinae contains the most researched castellum in our country. In addition to the fort, there was also a large camp village at the time. The contours of the castellum are indicated in the center in the pavement. It is nice that there is still a piece of Roman road to be seen where it crosses the provincial road Leiden-Katwijk. You can recognize the place by the copy of the Roman milestone.

The foundations of a Roman castellum have been uncovered at Burchtstraat in Aardenburg in Zeeuws-Vlaanderen. This army camp was established in 175 AD. constructed and served until 273 when the Romans had to leave the area.

You can guess how the Romans really lived, but the Archeon in Alphen aan de Rijn is definitely worth a visit. In the Roman village there are buildings that have been reconstructed on the basis of excavations in the Netherlands. A Roman ship can also be seen. Archeon, living history + 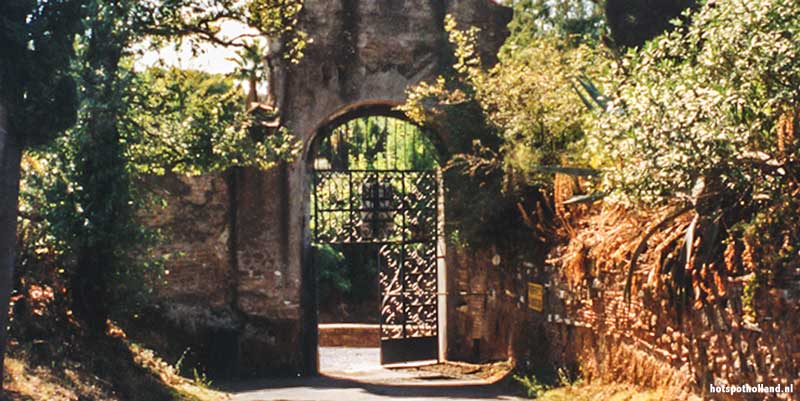 At the time of the persecution of Christians in Roman times, the burial of the dead was forbidden. All the deceased had to be cremated by the government. However, cremation was a pagan custom for Christians. That is why they secretly built underground spaces - catacombs - where they could rest their loved ones. The most famous catacombs can be found in Rome, but you can also visit Roman catacombs in the Netherlands! Roman Catacombs Valkenburg +

A few ramparts and a statue of a Roman remind us of the fact that there was once a large Roman camp on the heath near Ermelo. The camp is beyond the limes, the northern border of the Roman Empire. The camp was only temporary and was probably used for an attack against the Germanic tribes, because it was in the middle of the Germanic area. The camp was built around the year 170 under Marcus Aurelius or his predecessor Antoninus Pius and could accommodate 4000 to 8000 Roman soldiers.
The Roman marching camp is easily accessible from the N302, the Flevoweg. If you walk through the sheepfold on the Ermelose heath, you will also pass some prehistoric burial mounds along the way.

Roman remains - just across the border

In Tongeren, Belgium, just across the Belgian border in Limburg, you can still see an old piece of city wall from the Roman era. In the vicinity of Atuatuca Tungrorum you can also visit part of a Roman viaduct.

In Xanten, Germany, just across the border, part of a Roman settlement has been recreated in an archaeological park. But there are also several Roman traces in the town itself.