Doel, the ghost town of Belgium 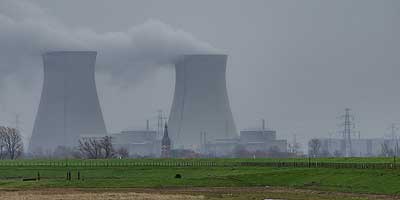 Ghost village at the foot of a nuclear power plant

Until the late 1960s, Doel was a lively industrial village with about 1,300 inhabitants. But since the announcement that the village was to make way for the port of Antwerp, it has deteriorated. Despite political arguments about demolition or preservation, it was decided to build the Doel nuclear power plant - almost on the border with the Netherlands.

In the nineties, the story of Doel was continued after the decision to build two harbor docks, one of which was right across the village. Residents were able to sell their homes, with the result that the entire village was emptied.

About a hundred residents refused to leave and some vacant buildings were occupied by squatters. Most of them were deported in 2006 and today around twenty people still live in Doel. By the way, don't expect to be alone in the ghost town. Doel has an enormous attraction to people and day trips.

Doel trips in the area

Doel, the ghost town of Belgium

Visit: An average visits takes approx. 1 hours.
Doel is not accessible by public transport. At the time of writing you need a Belgian ID with the car. But if you come by bike or as a hiker, a visit is no problem.

Where to stay Doel?