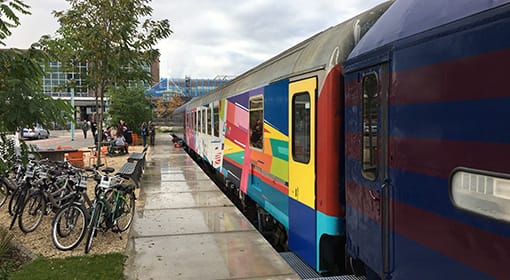 Amsterdam - The former night train Zurich - Rome made its final stop at the Amsterdam-Sloterdijk railway station. The train has been converted to a popular hostel and is now an unusual accomodation for people looking for something different. The rooms are situated in the compartments of the carriages. The train has its own platform with a little terrace. The lobby and a bistro are located in the former restaurant carriage. Amsterdam Sloterdijk offers excellent connections to Amsterdam Central Station (just 6 minutes), Schiphol and the main cities in the Netherlands. 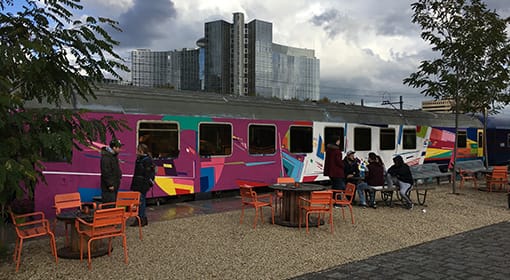 Overnight stay in a railway carriage in Amsterdam