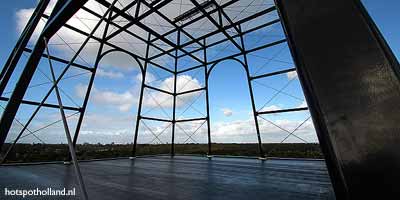 The pyramid of Vijfhuizen

Vijfhuizen - The Big Spotters Hill is a grassy pyramid on the former Floriade site. The square hill was made in 2002 from sand and earth that was released from the site during the construction of ditches and ponds. At the time, the pyramid served as a viewpoint over the Haarlemmermeer and the 42-meter high pyramid still is. Among runners, Big Spotters Hill is especially popular for hill training. Several times a year events are held around the pyramid, such as various running competitions and music festivals.

Since 2002, the artwork "Ruimtetempel" by Auke de Vries has stood on top of Big Spotters Hill. But in 2004 the artwork was destroyed by a storm. Since 2014 there is a new object: "Mainport" by Lehner and Gunther architects. This structure is 15 meters high and has the contours of a gate. The arc-shaped openings are oriented towards the four directions of the compass. At night the building is illuminated with LEDs. The power for this is generated by the solar panels on the gate.

If you think you can spot planes from here because of the name of the pyramid, you will be disappointed. You can see Schiphol and even Amsterdam, but the aircraft taking off are hidden behind the trees. You can forget about spotting planes from Big Spotters Hill. 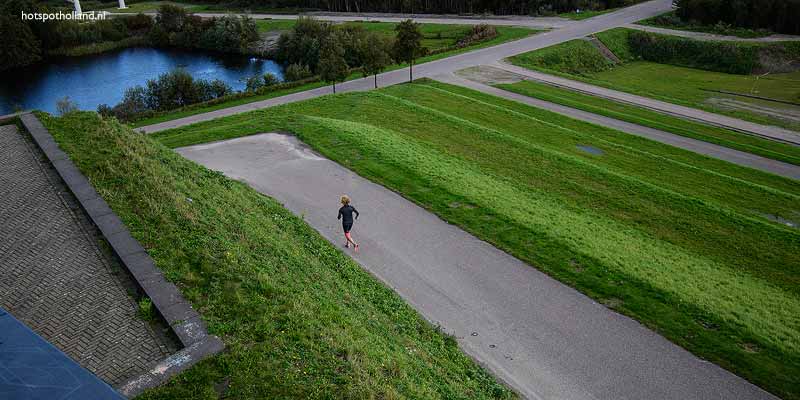 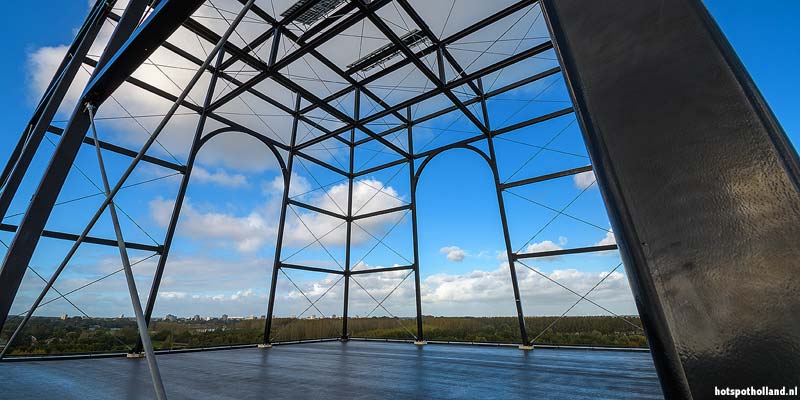 At the top of Big Spotters Hill

What do visitors say about Big Spotters Hill?

Vijfhuizen trips in the area

Visit: An average visits takes approx. 1,5 hours.
The Big Spotters Hill is located at the Geniedijk and the Drie Merenweg (N205), southwest of Vijfhuizen and north of Hoofddorp.

Where to stay Vijfhuizen?