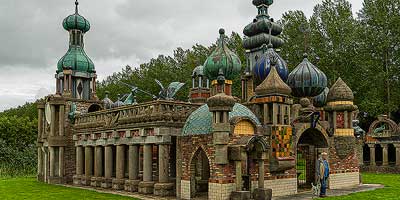 Complete with towers, gates and arches

Winkel - A Kremlin in a small Dutch town in North-Holland? Inspired by the Russian Barok, mythology and the Bible, villager Ger Leegwater, created his own Russian fairy tale. In a meadow, just outside the little village of Winkel, he built an impressive Dutch Kremlin, surrounded by statues, a fountain, and various other buildings. His secret ingredients? Lots of creativity and a pair of golden hands.

The most famous Kremlin of Russia is located at the Red Square in Moscow. The Dutch Kremlin is located in a typical Dutch landscape: a diked marsh with green grass. The owner of the place, Ger Leegwater, creates al the buildings on his own without a blueprint. He just starts to build and during the process something beautiful is shaped. In addition to the Kremlin he built a chappe;, a music wall, a loggia, a Maria-paviljon. Amongst the various towers he also built a large Neptune fountain. 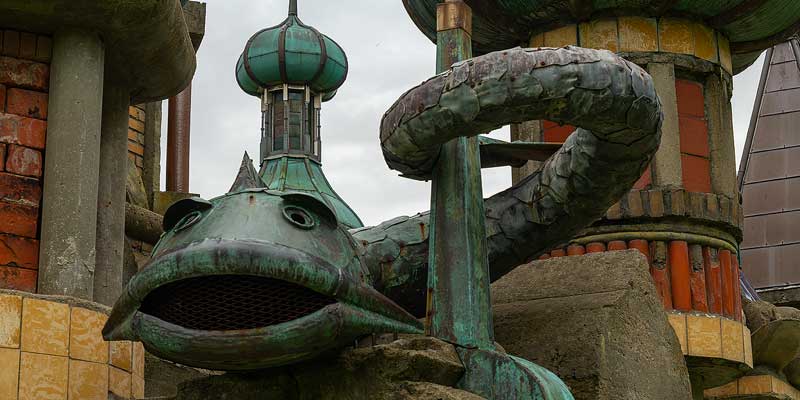 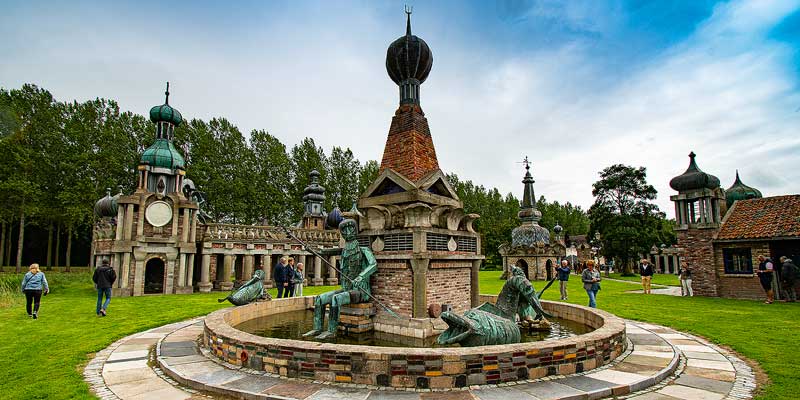 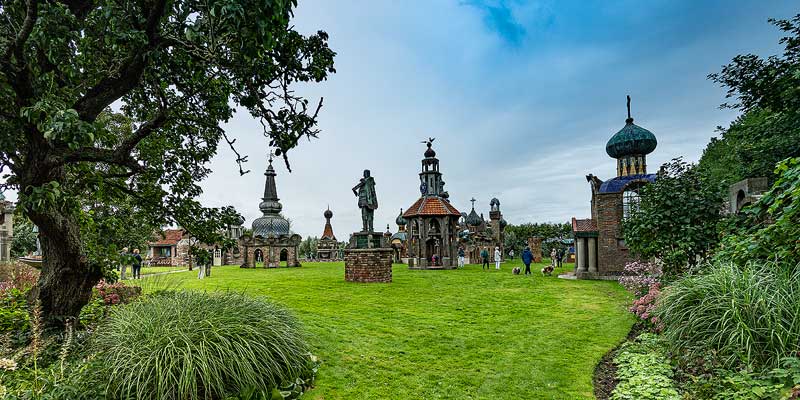 The Red Square of Winkel is located in a typical Dutch landscape: a diked marsh with green grass 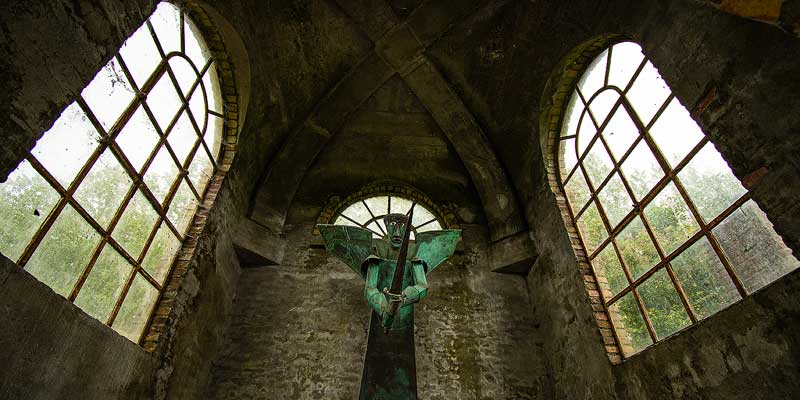 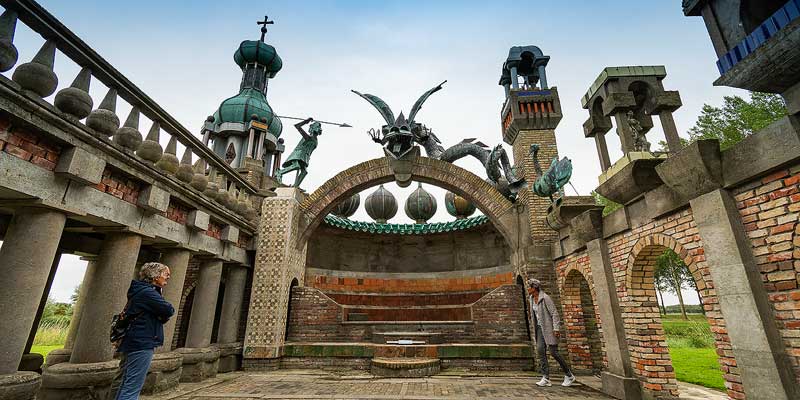 What do visitors say about Dutch Kremlin?

Winkel trips in the area

Visit: An average visits takes approx. 1 hours.
Winkel is a small village with only 4000 inhabitants and is located in North-Holland, about 60 kilometers north of Amsterdam.
To go there by public transport: Take the train to Alkmaar, then the bus to Leeuwarden. Stop at the monastery in ´Nieuwe Niedorp´. From here, walk towards the golf course in ´Winkel´. The site is at the outer skirts of the village

The Dutch Kremlin is open for visitors during a few specific days in the summer only or by appointment. Or, if you are lucky, when the owner has placed the "open" sign at the front gate.

Where to stay Winkel?