100% happiness by the sea: vacation at a Wadden Island

The beach of Schiermonnikoog extends over the entire north and west coast of the island and is in some places hundreds of meters wide. The most popular part of the beach is at pole 7, at the end of the Prins Bernhardweg. In the summer months, this part is monitored by lifeguards. Nude recreation on the beach is allowed, except between posts 2 and 7.

Apart from the village and the polder, Schiermonnikoog is a National Park. Various cycling and walking paths run across the island.

Schiermonnikoog formally belongs to the province of Friesland, but due to sea currents, the sand on the Frisian side is slowly but surely disappearing, which is being added again on the Groningen side. For example, geographically Schiermonnikoog is already partly located in Groningen. Pine forest, helmet planting and sand replenishment must prevent large-scale displacement.

From Cranberries to sheep wool duvets. Each Wadden Island has its own specialties. For several years, Schiermonnikoog has a new specialty: the Ambro. Apple cores discarded by cyclists and walkers grew into apple trees and can now reap the benefits.

Arrival port for the ferry from Lauwersoog

The village Schiermonnikoog is the only place on the island. Behind the dike is a small marina that is only accessible at Hogwater. The ferry dam located outside the village extends into the deep shipping channel, allowing the ferry from Lauwersoog to dock all day.

It was King Willem III who built two lighthouses on Schiermonnikoog in 1853. The sailors knew from the lights of both towers that it was safe to enter the Wadden Sea along the island. At the beginning of the 20th century, the Noordertoren (red) got a rotating lens that made the south tower (white) near the village redundant. This tower was converted into a water tower. 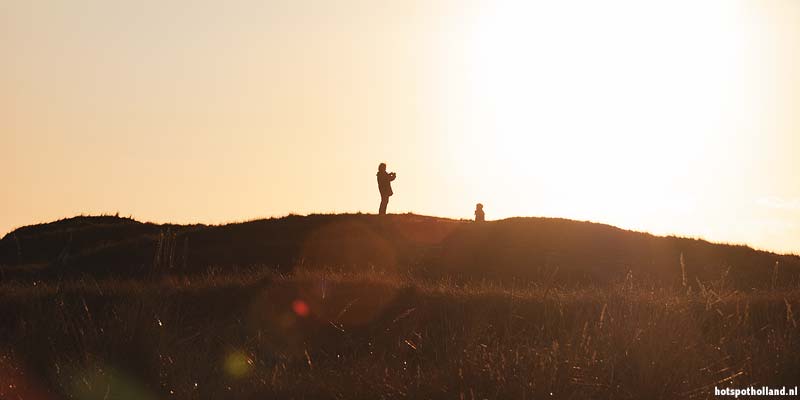 What do visitors say about Schiermonnikoog?

Schiermonnikoog trips in the area

Visit: An average visits takes approx. 72 hours.
Schiermonnikoog is car-free. You must leave your car on the mainland.

Where to stay Schiermonnikoog?