Rotterdam - Rotterdam is one of the largest and busiest ports in the world. At the new Nieuwe Maasvlakte 2 peninsula, the harbour can receive the largest ships in the world. And that's great news for ship spotters. Bring some food, drinks and a chair, sit down at the waterfront and get amazed by the most impressive ships of the world.

Shipspotting - only the largest ships

Ship observation is possible anywhere on the water as long as beautiful ships pass by. But to see the largest ships in the world, you have to be on the Maasmond at the entrance to the Nieuwe Waterweg. This is possible both in Hoek van Holland and from the Tweede Maasvlakte.

From Tweede Maasvlakte (towards port number 9880) you have a beautiful view of the arrival and departure of seagoing vessels.
This point is on the south side of the Nieuwe Waterweg.

Also from the Noorderpier at Hoek van Holland you have a nice view of the arriving and departing seagoing vessels.
This point is on the north side of the Nieuwe Waterweg. Would you like to see a lot of ships? The Oude Maas between Dordrecht and Zwijndrecht is the busiest navigable place in Europe. At the intersection of the Rotterdam-Germany and Amsterdam-Antwerp routes, no fewer than 150,000 ships pass. That's 410 vessels a day! From the 'Eiland Dordrecht' you have a beautiful view of the ships, which range from small sailing boats to six-shell push convoy to 200 meter long seagoing vessels. SS Rotterdam: Maasvlakte too far? You can also spot beautiful ships in Rotterdam itself 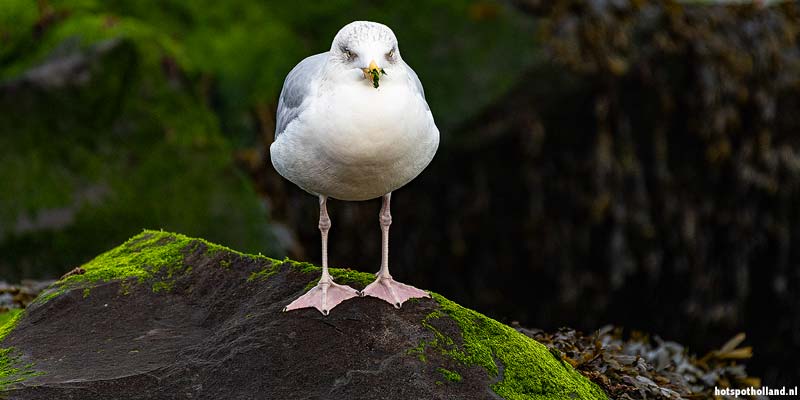 Ship spotting in the Port of Rotterdam

Are you in Rotterdam and want to spot cruise ships? Large cruise ships regularly dock at the Wilhelminakade in the center of Rotterdam.

Shipspotting in the Netherlands