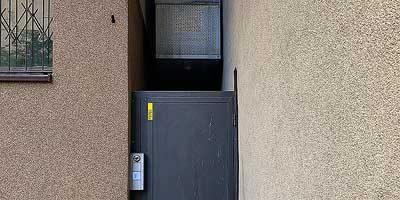 ...is not in Amsterdam

Amsterdam - The guide on our canal boat knows for sure: the house at Singel 7 in the center of Amsterdam is the narrowest house in the world. The back of the house is only one meter wide and is barely wider than the door. The facade of the house is much wider... That's why we know better. A house can be even narrower!

The narrowest house in the world is in Warsaw 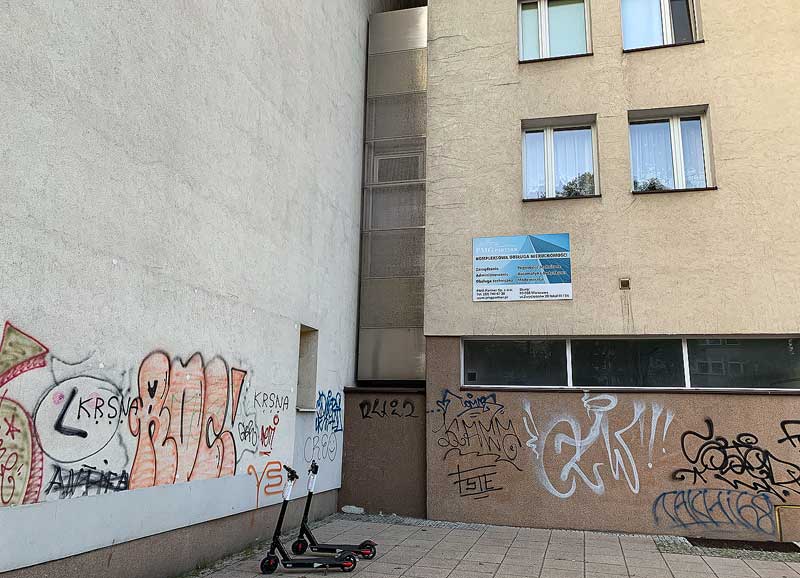 The real narrowest house in the world is in Warsaw. The house is slid between two apartments as a module. The front door is at the back

Address: The Keret House is located in the space between 2 buildings on the corner of Chłodna street number 22 and Żelazna street number 74 in the Wola district in Warsaw, Poland. Website: kerethouse.com.
If you are in Warsaw, you have to pay attention because you walk past the house! The house can only be visited sporadically inside. For more information, watch the video elsewhere on this page.


Very narrow houses in Amsterdam and the Netherlands

Back in the Netherlands, we still find some other special narrow houses in Amsterdam. For example, Oude Hoogstraat 22 is a tiny house. The facade is only 2.02 meters wide. This house with the typical Amsterdam bell gable is also only 5 meters deep. Not really big to live ...
The nearby 'Kleine Trippenhuis' at Kloveniersburgwal 26 is also very narrow to live in: it is only 2.44 meters wide and a sharp contrast to the Trippenhuis, which is the widest house in our capital at 22 meters.