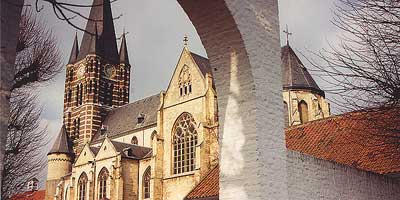 The abbey in the whitewashed city of Thorn

Thorn - The little village near Roermond in northern Limburg is famous for its cobbled streets and whitewashed houses. The rural city is picturesque but relatively undiscovered by foreign tourists. The local abbey was founded towards the end of the 10th century. What do visitors say about Thorn?

Thorn trips in the area

Visit: An average visits takes approx. 2 hours.
Thorn is located in Central Limburg, close to the Belgian border. By car, take exit 41 of the A2 Eindhoven - Maastricht motorway.

Where to stay Thorn?