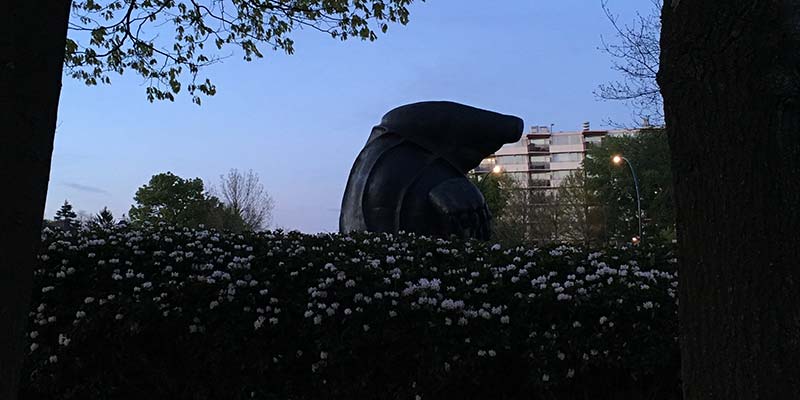 Best - A mole is an underground animal that eats insects and earthworms with short-haired, thick fur, small eyes and short legs, the front two of which are designed to dig. The Mole (De Mol) is a seven meter high statue of Tom Claassen on the roof of the railway tunnel in Best. An appropriate image for a tunnel!

The Mole (De Mol) was placed on the rail tunnel in Best in 2009 as the closure of the local tunnel project. The enormous statue was designed by artist Tom Claassen from Heerlen. The artwork is made of bronze and the cost for the Mole were 137,100 euros at the time. Tom Claassen's Elephants along the A6 near Almere

Visual artist Tom Claassen is best known for his human and animal figures - with beautiful simple lines. You come across his work all over the Netherlands. Anyone who ever visits Schiphol Airport has probably seen the "Sitting Men"; two figures sitting back to back. Or the Elephants, which have been located along the A6 at the Almere junction since 2000. 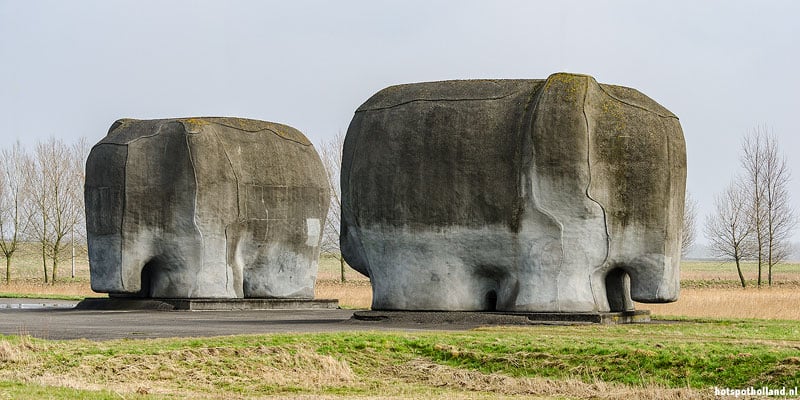 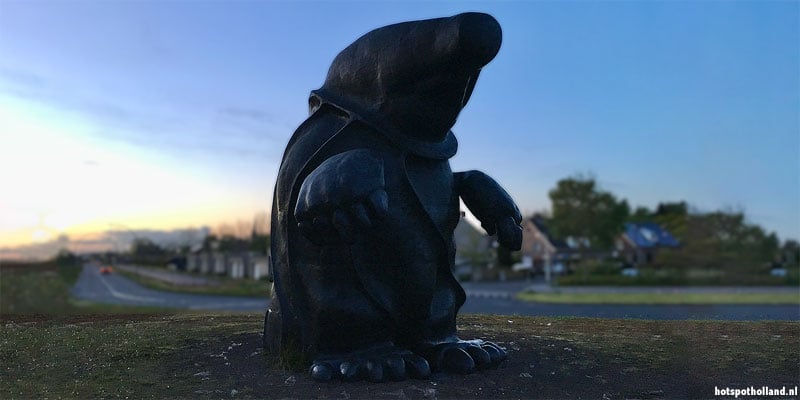 Best trips in the area

Visit: An average visits takes approx. 0,5 hours.
The statue of De Mol is located at the roundabout on the tunnel deck at the southern entrance of the railway tunnel

Where to stay Best?