100 poems grace the walls of the city of Leiden

Leiden - What started with a single poem on a wall in 1992, has been picked up by the community. Today, more than 100 poems can be found on the walls throughout the University town of Leiden.

The poems are all hand-painted. Most of them are in Dutch, but some are in English or in another language such as the curvy Lantara script. Another poem is the oldest known Dutch text, written by a Flemish monk in 1100.

Some poems have shapes like the tornado poem or the spike poem. 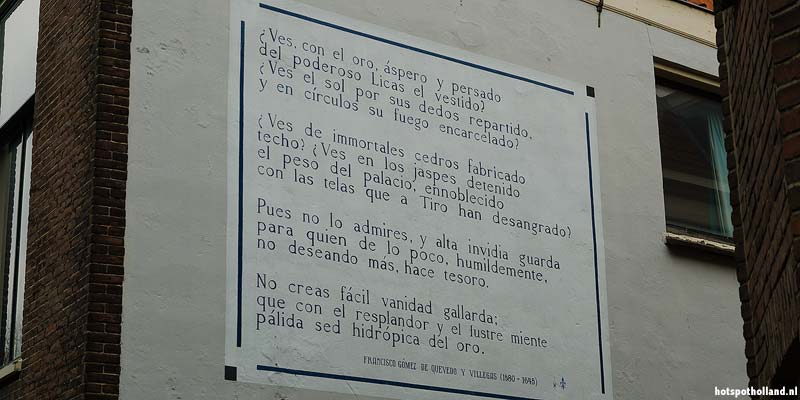 Wall poem in Arabic at the Papengracht in Leiden. The poem is to commemorate 400 years of arabic studies at the university of in Leiden Visit: An average visits takes approx. 1 hours.
Keep your eyes open! The poems are written on walls throughout the whole city centre of Leiden. A downloadable walking tour is available.