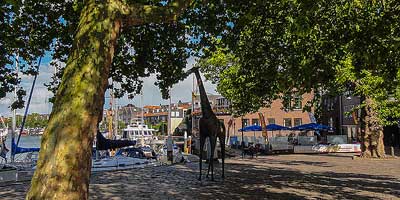 Dordrecht. Historic city near the Biesbosch

Historic city near the Biesbosch

Dordrecht - Dordrecht is the oldest city in Holland. At the Groothoofd you have a great view of the Three River Point where four(!) of the busiest rivers in the Netherlands converge. It is high time to investigate whether Dordrecht is suitable as a destination for a short city trip!

Settlement at the river

Thuredrech was once a small settlement near a ford of a peat river. 1000 years later, Dordrecht is a medium-sized city at the confluence of the Beneden Merwede, Noord and the Oude Maas. The city has about 118,000 inhabitants. Thanks to its rich history - in the Middle Ages, Dordt was one of the six major cities of Holland - it is now a pleasant medium-sized city where you can shop or stroll through the ancient streets of the 'island of Dordrecht'.

At the Groothoofd you have a fantastic view of the Drierivierenpunt. Here the Beneden Merwede (right) splits into the Noord (opposite) and the Oude Maas (left). Unfortunately invisible from the Drierivierenpunt, but on the right the Wantij also ends up on these rivers. With 150,000 passing ships per year, this is the busiest sailing hub in Europe.

You have a completely different view from the Grote Kerk. Climbing the tower takes 269 steps, but as a reward you get a wide view of the city with the Island of Dordrecht and the rivers.
Address: Lange Geldersekade 2

Shop 'til you drop

Fanatic shoppers have known for a long time: the Voorstraat in Dordrecht is the longest shopping street in the Netherlands. Nice to know is that painter Vincent van Gogh worked another blue Monday in an office bookstore on this street. That was not a success. Fortunately, painting went better!

Day out or weekend away?

Dordrecht is a great destination for a day of shopping and to enjoy a terrace on the water. For a weekend getaway, there may be little to do; there are no major museums or attractions and the hotel offer is somewhat limited. It is nice to take the fast boat to Rotterdam or to spend an extra day in the Biesbosch National Park. 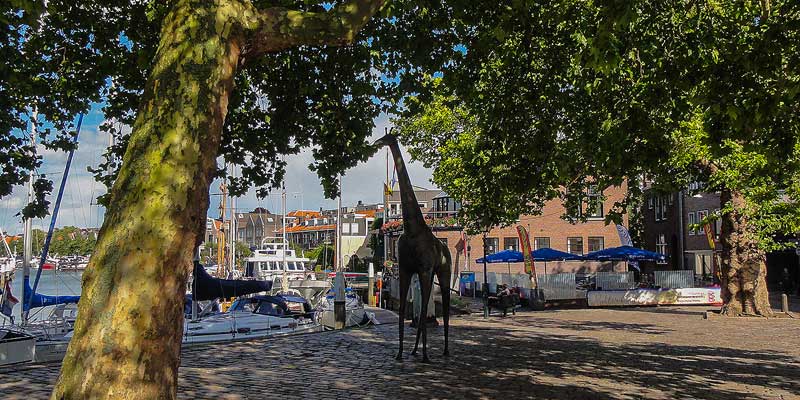 Dordrecht. Historic city near the Biesbosch 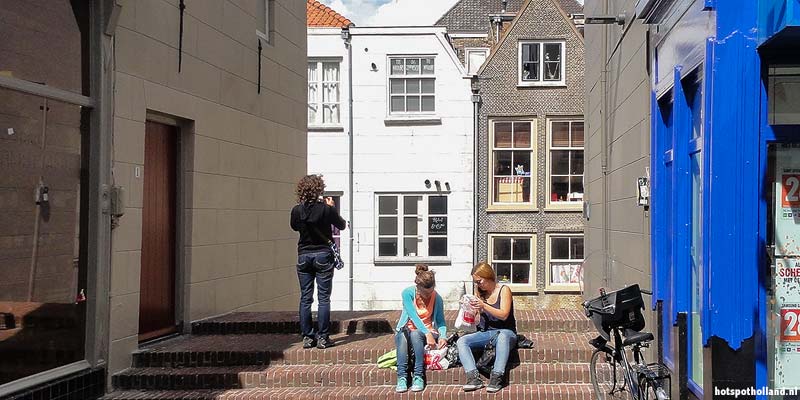 A break while shopping in Dordrecht 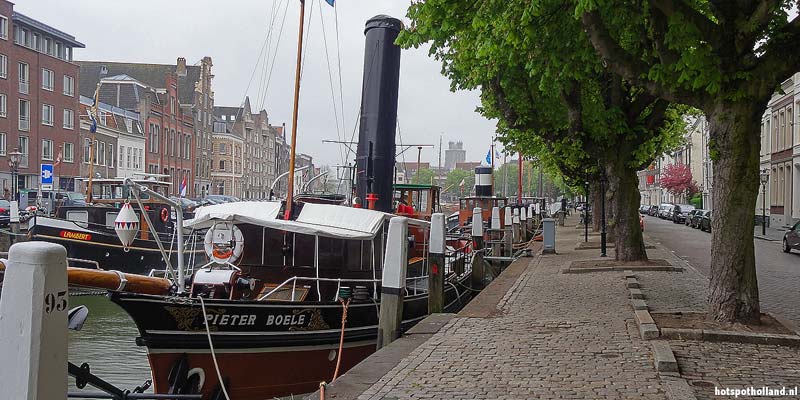 Along the river in Dordrecht 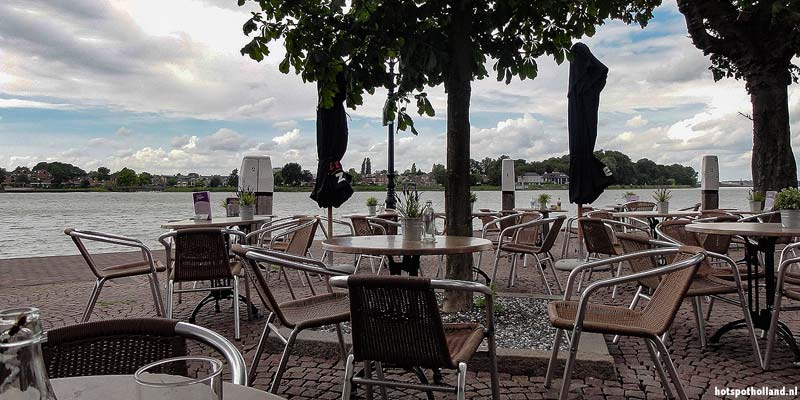 Terrace on the river in Dordrecht 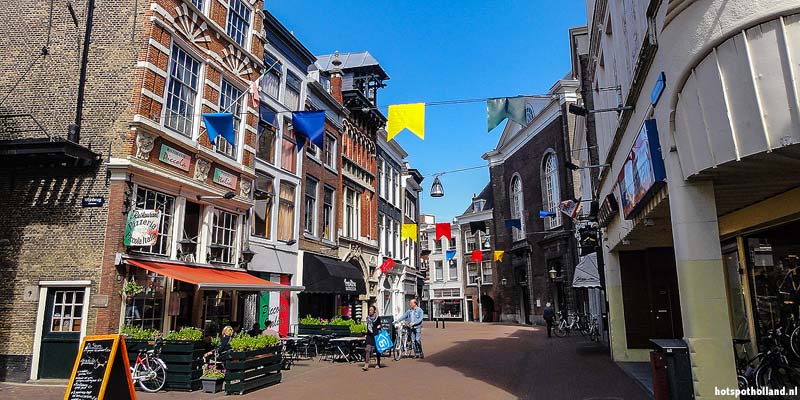 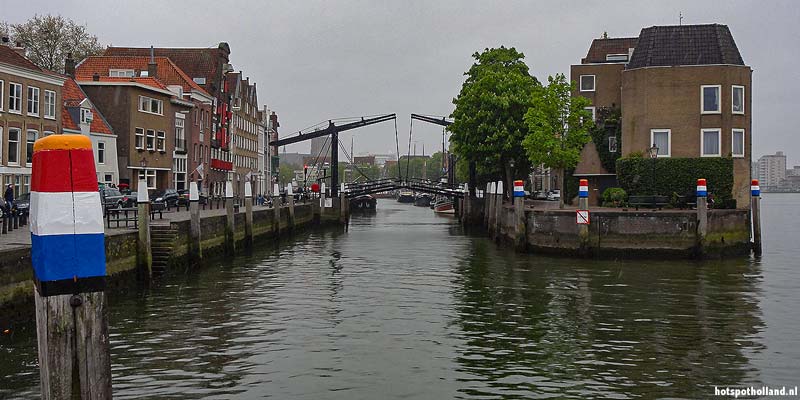 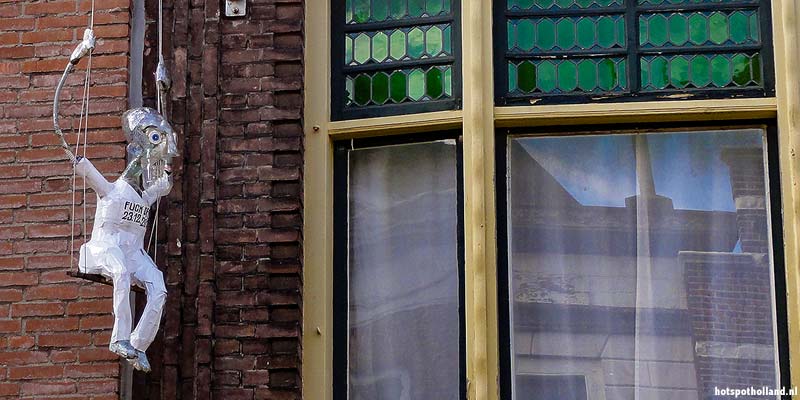 What do visitors say about Dordrecht city trip?

Dordrecht trips in the area

Visit: An average visits takes approx. 6 hours.
Dordrecht is easily accessible by train. The railway station is within walking distance of the city center.

Where to stay Dordrecht?