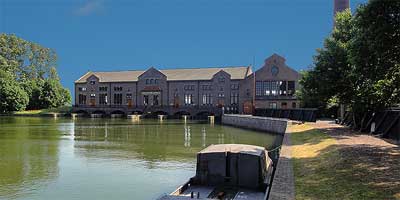 Lemmer - Amongst the World Heritage list of UNESCO you find places such as The Great Wall of China, the Pyramids of Giza and the Acropolis in Athens. One of the world heritage places in the Netherlands is the Woudagemaal in Lemmer, Friesland. The old building is the largest steam driven pumping station in the world. And up to today it still has an important function to keep the feet of the Dutch dry!

A 50-meter pool can hold 3.9 million liters of water. The Woudagemaal in Lemmer can pump that out completely within a single minute

4000 cubic meters of water per minute

The building, named after the designer Ir. Wouda, was opened in 1920 by Queen Wilhelmina. The pumping station has a capacity of 4000 cubic meters per minute and pumps water from Friesland to the IJsselmeer. In 1976 the duties of the pumping station were largely taken over by a new electric pumping station in Stavoren.

What do visitors say about Woudagemaal World Heritage?

Lemmer trips in the area

Visit: An average visits takes approx. 1,5 hours.
The ir. D.F. Woudagemaal is located on the edge of Lemmer, on the N359. On the A6 motorway, take the Lemmer exit. From here the route is indicated by signs. The pumping station is closed on Mondays, public holidays and during the winter months. Check the website for the exact opening hours and further information. Best time to visit is when the station operates - depending on weather conditions.

Where to stay Lemmer?