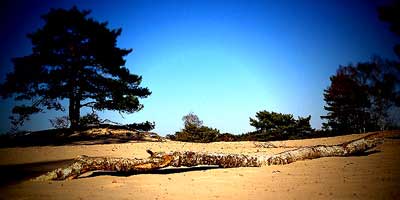 A day of sun and sand without the sea

For a refreshing dip in the sea or a refreshing drink in a trendy beach bar you have to go to the beach. You will find plenty of them along the Dutch North sea coast. But if you only go for sun and sand, you can also visit a beach sand in the interior. The top 10 of special drift sand areas in the Netherlands. Apart from a hip beach club and the coolness of the sea, you will find enough sand on the Loonse en Drunense Duinen for a day at the beach. The drifting sands of the National Park are one of the largest drifting sand areas in the Netherlands. On a fine day when you lie on your towel in the sand and close your eyes, with a little imagination the sound of the wind blows through the trees just like the sea ... 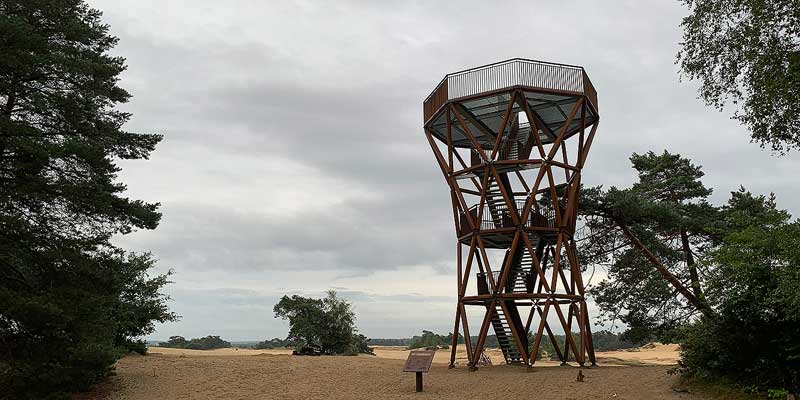 2. The largest desert in the Netherlands

On a hot summer day the temperatures on the Kootwijkerzand can rise considerably while it can cool down to freezing point in this "Dutch desert" at night. Even if the wind blows, it is not nice here: it can occasionally be a lot of sandstorms. Are you an ultra-runner and preparing for the Marathon des Sables (Dutch: Marathon van de Zand), this is your starting point! The Kootwijkerzand is the largest drifting sand area in Europe. 3. Soester Duinen: the dunes at Soest

The Soesterduinen are part of the Utrechtse Heuvelrug. The wind deposited the sand in the last ice age. The forests and moors that have arisen have disappeared over time due to hedging and overgrazing. Due to the drifting of the sand, two active drifting sand areas have been created at Soest: the short and long dunes.
Runners: the annual Sylvester cross on New Year's Eve is one of the toughest in the Netherlands thanks to the soft sand. 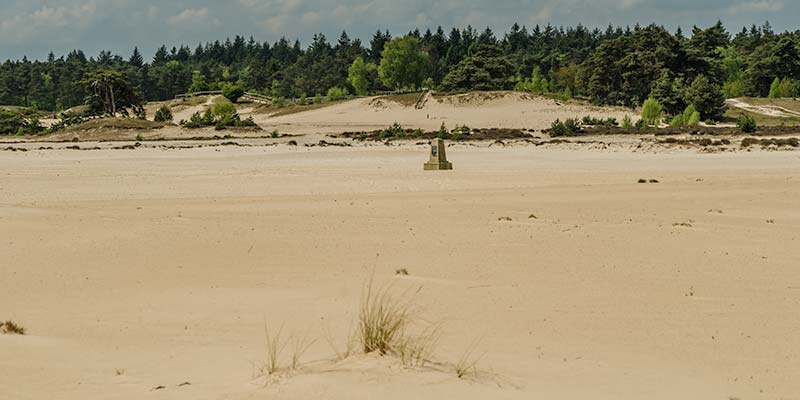 The enormous sand plain of Hulshorsterzand

Hulshorsterzand is located south of the A28 between Harderwijk and Nunspeet. The area belongs to the nature reserve De Leuvenumse forests. Originally, the area was much larger, but in the past large areas were forested to prevent dusting. Fortunately, the life project of Natuurmonumenten has changed this and the active drifting sand has expanded again in recent years.
The Hulsthorster sand contains the Monument de Souvenir. The 'souvenir' is especially popular with geocachers.

The Wekeromse Zand on the Veluwe in Gelderland
The Wekeromse Zand is the smaller brother of the Kootwijkerzand on the Veluwe. The area is 500 ha. large, of which approx. 100 ha. is a drifting sand area.
Southeast of the Kootwijkerzand is another shifting sand area, the Harskampse Zand near Bij Harskamp. This area is used as a military training area.

The 200 ha. large area is used as a military training area. A cycle path has been laid across the area, making it easy to cross the area.

The Stroese Zand sandbox is located slightly north-west of the Kootwijkerzand on the Veluwe. The area is used as a military training area.

The Bedafse Bergen are remnants of sand drifts. On one side of the mountains is forest, on the other side is blown sand.

The Drents-Friese Wold National Park is located exactly on the border of both provinces. The Aekingerzand in the park is a vast area with sand drifts. The area is also called de Kale Duinen .

Along the Dinkel river in Twente

The Lutterzand near Oldenzaal
Lutterzand is located at the foot of a later moraine from the Ice Age. The winding river De Dinkel flows through the nature reserve, which has carved out a real gully in the sand. The most beautiful part is the 'green tail' (Dutch: Groene Staart). In this bend, the banks are up to 7 meters high.
Incidentally, the Dinkel can be navigated by canoe in autumn.

In the Gelderse Poort nature reserve, drift sand will once again have the opportunity to form river dunes. Not very spectacular for now, but a start ...